When importing from a database, user now can select from two import dialogs:

Then 2nd radio for Query Builder will open the dialog that existed in previous versions where user can graphically create a query.

The 1st radio option opens a new dialog where user can simply type or paste in the SQL string. This dialog is designed for advanced users who know some SQL and prefer to directly work in that environment. 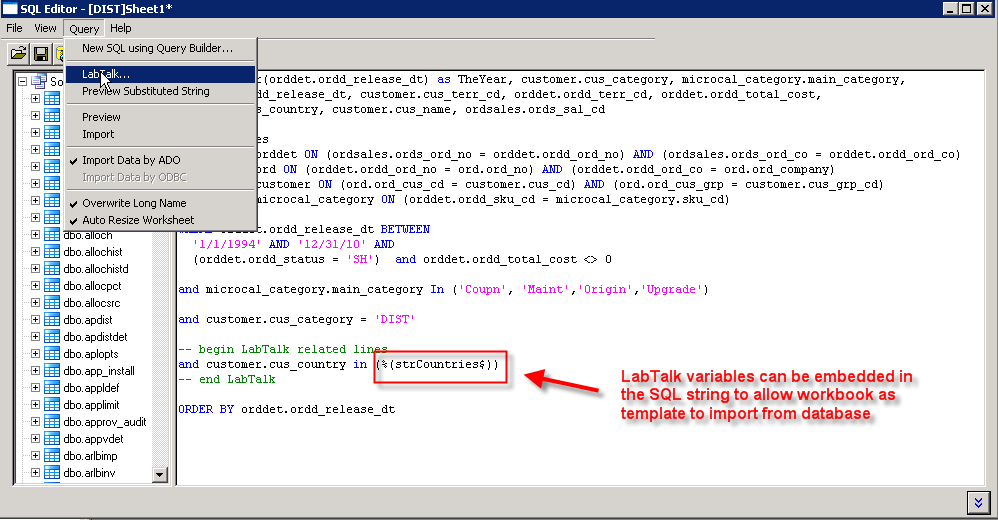 Coupled with pivot table features and embedded graphs in the book, the template can be completely self-contained and easily reuse.

Transparency Support for PDF and EPS

In 8.5.0 graphs with color transparency did not export properly to EPS and PDF. The export code has been updated for both EPS and PDF to support transparency.

With EPS export, as there is no native support for transparency in EPS, the output will contain raster elements. The raster elements are compressed to minimize file size.

PDF has better support for transparency. Also with PDF export there is option for compression which will create more compact files than before. The compression option always existed, but has now been turned on by default. 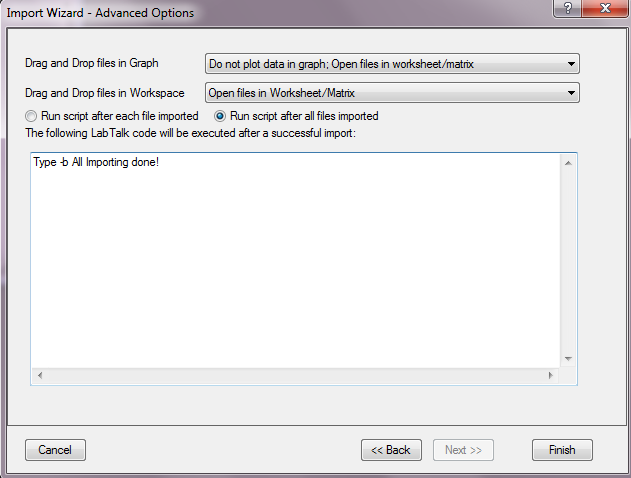